As we approach Election Day on November 8, there will be endless debate, prognostication and media hype. But even before a single vote has been cast, the potential results are already being priced into stocks around the world. While elections do have real consequences and can certainly impact individual companies, in aggregate they tend to be less important than many of the other factors that drive stock prices.

Some questions to consider:

Every company on the major stock exchanges carries its own risks, profits, losses, management and strategies that actually have a much greater impact on its share price than a presidential election. It is actually the uncertainty of the actions of a future president and Congress that could affect stock prices today.

Let’s think for a moment about a large, retail company that we all own within our diversified portfolios and imagine these scenarios:

Uncertainty: Will the president (with Congress) change taxes?

Possible effect: This could hurt profits if individuals can’t afford to buy their products. If taxes decrease, people may spend more money. Or the company could produce something innovative or realize new efficiencies, which drive profits despite higher taxes.

Uncertainty: Will the president and Congress make it more expensive for companies to keep profits overseas?

Possible effect: If yes, this may hurt the price of that company; if no, it may help. But European regulators may go after foreign earnings as well, making offshoring less appealing.

With each moment of uncertainty, there may be a different effect on the company price. With millions of people buying and selling the stock every day, this information gets processed between the buyers and the sellers and shows up in the current price. However, by the time the uncertainty is known, new buyers and sellers are now worried about the next set of uncertainties!

Many will contend that presidents have very little effect on the long-term prices of goods and products sold. But, we do know that advertisers, filmmakers, TV stations and radio stations are among the winners to date. The Wesleyan Media Project recently estimated that more than $408 million has been spent on political advertising… and that was only through May of 2016!

Did I mention that this information is factored into the price of those companies? 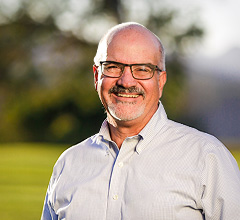